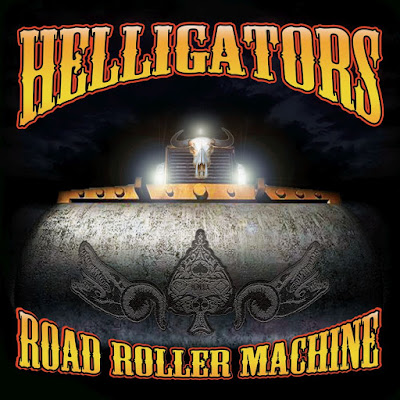 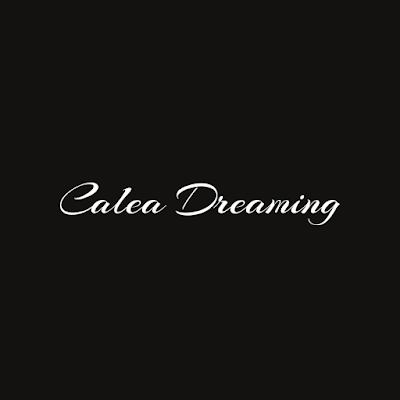 CALEA DREAMING was formed in 2016 at Coffs Harbour, Australia as a one man project creating a mix of instrumental atmospheric post black metal, inspired by the natural landscapes that surround Calea's home region. In 2018 the band released their first single ‘The Morning Sun’. 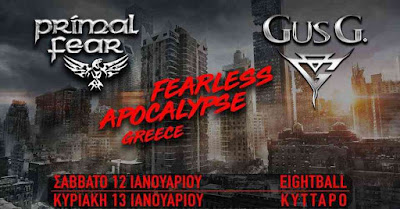 KILMARA - Across the Realm of Time Review 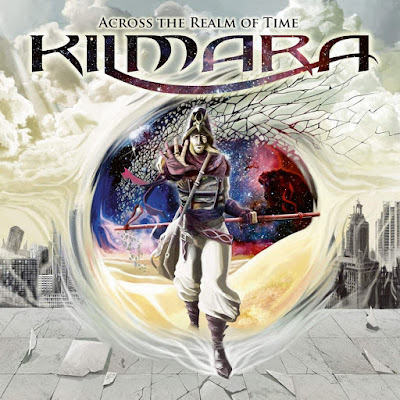 KILMARA - Across the Realm of Time 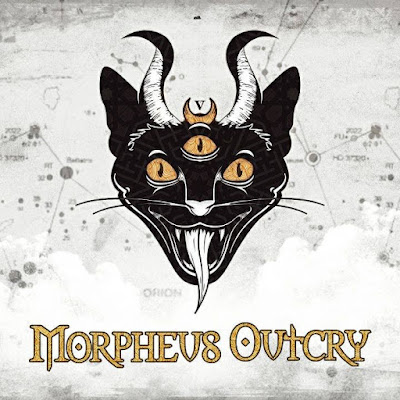 JOAKEM is a solo project of Stelios Ioakim. He gained international publicity after being the finalist of "The Voice" of Greece, taking second place. In February of 2018 he released his first solo work, the progressive rock single called “The Path” followed by his second single released in November 2018 titled “Generation Z”. 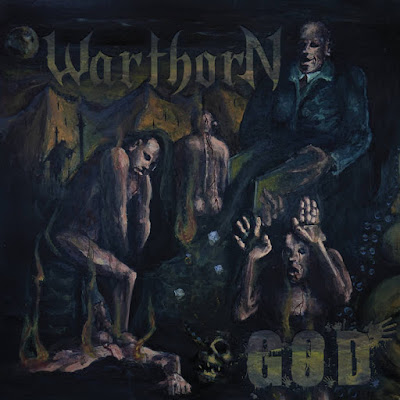 SKYGLOW was formed in 2016 at Moscow, Russia as a musical project of the composer and vocalist Alexander Mokin. In 2017 Sergey Stepanenko (guitar/bass) joined the band and the record process of the album has begun. Drums were recorded by Dmitry Kim (Morton, Jinjer). 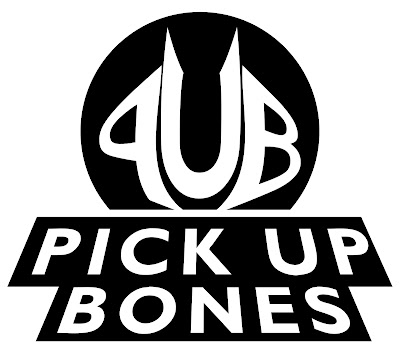 Answers by: PICK UP BONES 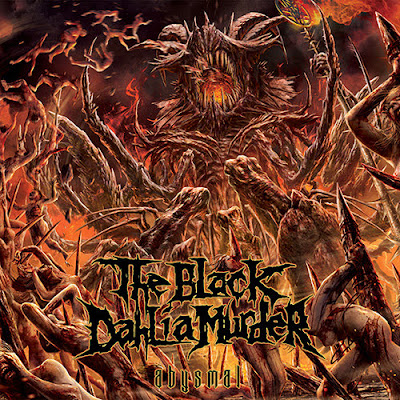 This is what a melodic death album should sound like. With precision in the songwriting, a solid production quality, insane vocals, and uncompromising way of each composition. The songs are chaotic, but well played out guitar/drum-wise. Each instrument was mixing with exactitude. I really enjoyed this album over their latest because everything on the production fit in. The melodies were catchy and uncompromising. The leads are superb and done immaculately. There's no letting up on the intensity of this album. It's in your face melodic death. The vocals taking right form both in low and screaming tones. The latter more so.
Διαβάστε περισσότερα »
Αναρτήθηκε από Nick Parastatidis στις 7:21 π.μ. Δεν υπάρχουν σχόλια: 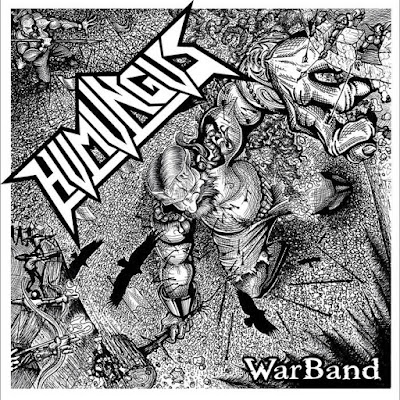 HUMUNGUS come from Richmond, Virginia, U.S.A. The band was formed in 2010 and in 2011 they released their first 5 track EP entitled “Drinkin' a Beer” and after that in 2012 their 2 track EP under the title “Shark Castle”. Their debut full length release which has the title “Warband” was released for the first time in 2015 as an independent release and lately it was released again by the German metal label Killer Metal Records, which in my opinion is a label with a good taste in the traditional metal sound.
Διαβάστε περισσότερα »
Αναρτήθηκε από Nick Parastatidis στις 7:52 π.μ. Δεν υπάρχουν σχόλια: 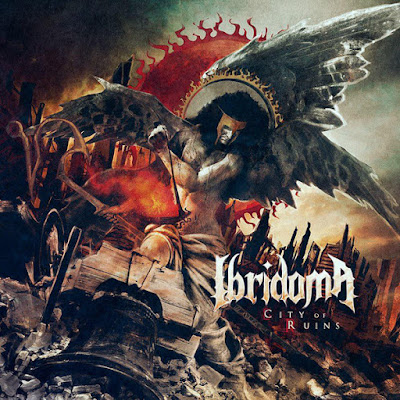 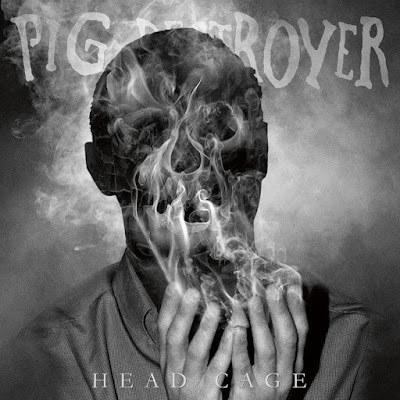 Well, even though they're categorized as being grindcore, they don't have an overabundance of blast beating drum-wise. Sure with the opener you hear some intense Mick Harris (ex-NAPALM DEATH, ex-DEFECATION) blasting, but it slows down. Most tracks have few real intense fast paced music, but I'd say that there isn't an overly technical album with crazy tempos. There are some tracks that have some, but most of them aren't overly-intense. They're more groove-laden death metal to me, not grindcore. It reflects some newer NAPALM DEATH and some of the riffs reflect that of NASUM, et al. NASUM was definitely faster than these guys.
Διαβάστε περισσότερα »
Αναρτήθηκε από Nick Parastatidis στις 7:26 π.μ. Δεν υπάρχουν σχόλια:

This January 8th, marks the 28th anniversary of the passing of guitarist Steve Clark.

Babis Kaisas and his project Kaisas, decided to honor the iconic guitar player, with a song on their new, long  awaited album “Martyria” (5 years after the previous “Degitalize”).

“Steamin'” is the first promo lyric video from the new album released by Sleaszy Rider records.

Acording to Babis Kaisas: “Steve was, is, and always will be, a great influence on me, whether I want it or not. Even though I got into Def Leppard in the “Adrenalize” era, when Steve had already passed away, his ghost was present on the album, and I guess it's something that haunted me ever since, as I became a fan, and Leppard defined a lot of my musical taste. The thought of honoring him (and them), crossed my mind a few times, but the song didn't actually become “Steamin'” till his nickname just jumped in my head while listening over and over to the instrumental piece that it was at the time. It came really naturally. After that, I knew what I had to do. Try and tell Steve's story. From what i've read, seen, heard...

God bless you Steve, there's a lot of people that still miss you”... 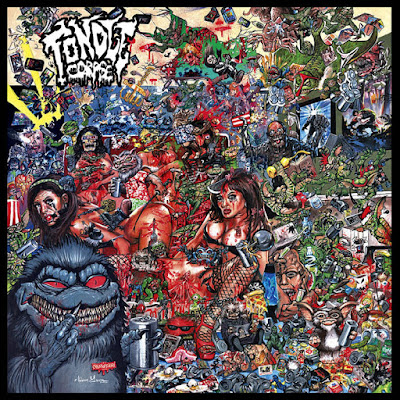 I've heard of this band for a while, but never really checked them out. That is, until pretty recently. I wasn't able to get their newest release, so I settled for this one. And man, what a killer death metal band! They had a lot of people (musicians) filling in on here, but the main core of the band was still on here. The release was heavy, but not overly brutal. Quality death metal from the Netherlands. They do a good job with their songwriting techniques. I really applaud 'Creaturegore' and think the band has a long future. They've just had to keep on being consistent with not too many gaps between releases.
Διαβάστε περισσότερα »
Αναρτήθηκε από Nick Parastatidis στις 7:04 π.μ. Δεν υπάρχουν σχόλια: 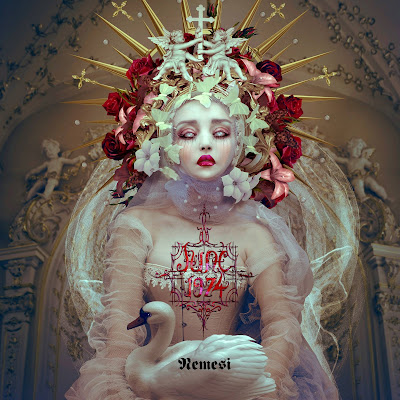 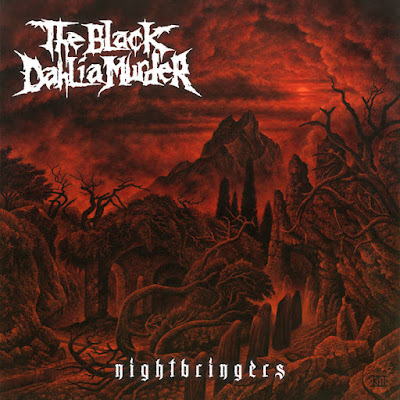 I thought that this deserved a better rating overall from listeners worldwide, but hopefully my score will boost the rating average. So, let me tell you why...these guys give a new meaning to the words "intense melodic death metal." They have a unique style musically. Not to mention constant screaming doused with some occasional low-bellowing vocals. It enhances their music, though the riffs are in an utmost full roar, barely slowing down. There are acoustic bits and pieces with the guitar, but VERY SHORT. These guys are very serious about their music and it shows on the recording of this album.
Διαβάστε περισσότερα »
Αναρτήθηκε από Nick Parastatidis στις 7:03 π.μ. Δεν υπάρχουν σχόλια: 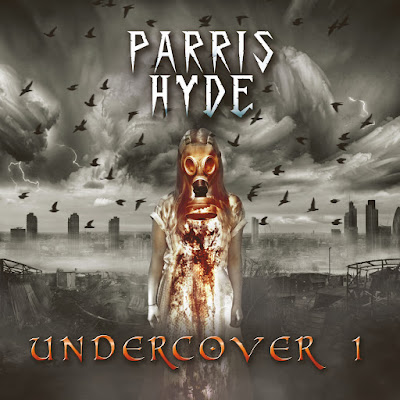