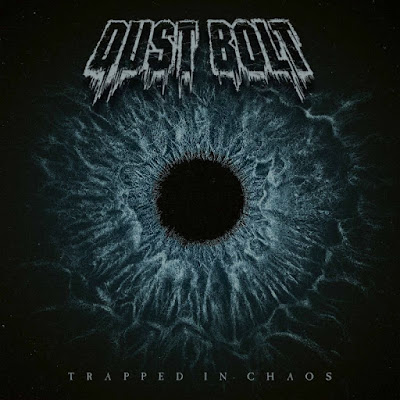 The one thing I like about this band (among many other things) is the fact that they have their own unique sound to them.  And vibe.  This album isn't overly brutal, it has a cool feeling to it.  The guitars have some unique riffs and they're done with precision.  I think that the vocals here fit the guitars.  The riffs are cool and fresh a nice way of organizing songs to make them interesting.  Their vocalist actually "sings" too.  I think that the whole album just smokes.  I cannot fathom why anyone would think ill of this release.  It's quite diverse and mature.  The riffs hit home with me, unique stuff like their older material but a little catchier (to me). 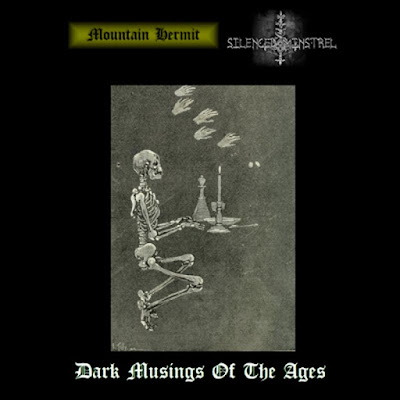 «Dark Musings of the Ages»

RUINS OF ELYSIUM - Amphitrite: Ancient Sanctuary in the Sea 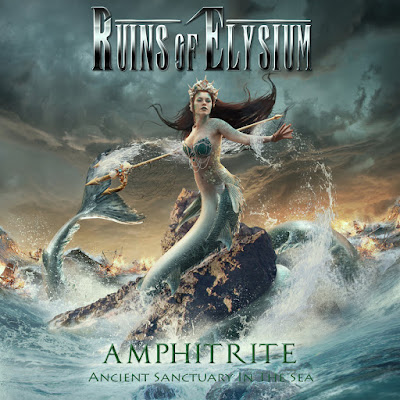 RUINS OF ELYSIUM - Amphitrite: Ancient Sanctuary in the Sea 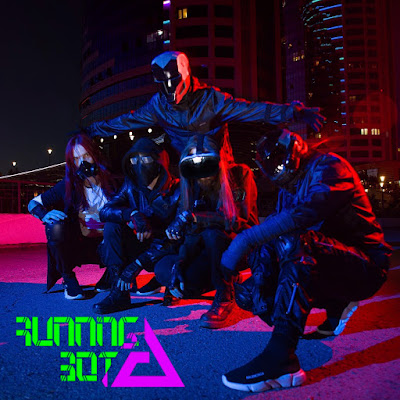 No one knows exactly when Running Bot was formed beside that they came from Novosibirsk, Russia. The guys themselves tell that they run away from a top secret biohacking laboratory. The band members are RM1X v 1.3 (vocal) JSI v2.1 (guitar) AL5RF (bass guitar),  IK3 beta (keyboards) and G2BB (drums)

Here is the official video-clip for the song "Psyche not for sale"  taken from the album: Miltos Marathon "Orthodox guitar"

BEYOND THE EXISTENCE - The Air in My Lungs single 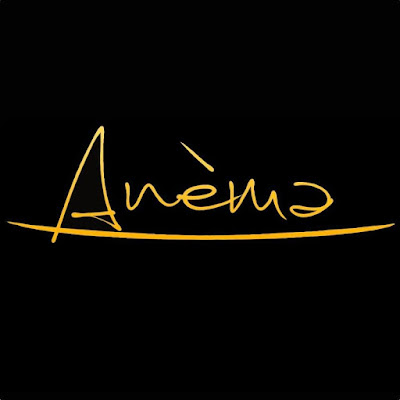 ANÈMA is a progressive-rock band based in Siracusa, Italy. Their sound has been acknowledged as one with diverse influences - from old-style art rock to Italian authorial music - which contribute to a curious miscellance of atmospheres. The band has recently gained discrete visibility in the context of Sanremo Rock, a contest in which it had participated as finalist. After the release of two albums, After The Sea (2017) and Umana Città (2019), the band is currently at work with the aim of ultimating a new LP which will be out in 2021. 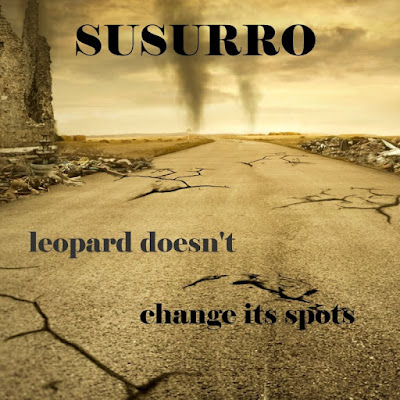 SUSURRO was formed in 2019 at Allmersbach, Germany by Jack Skaner (vocals/guitar). Soon after Mr. Six-Ell (bass) and Winzent Walace (guitars/keyboard) joined the band and lineup was completed. The band released their first 2 singles "No Way Out" and "Ghost Rider" in 2019 and the single "Hateful" in 2020. 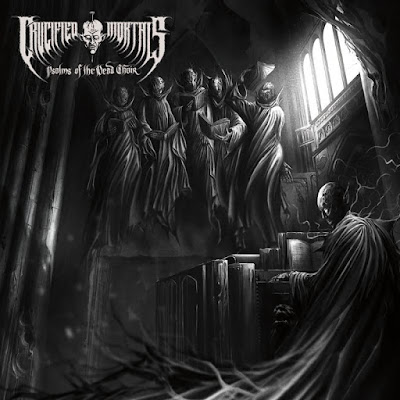 This band reminds me a lot of older Metallica, but not as raw.  The lead guitar is a real treat too, really well played.  The only thing that really is off is the production quality.  I would've given the album a much higher rating if it would've sound-wise have been better.  But the music is great, that's what hits home with me.  The guitars are awesome the chunkiness of the main riffs dominates.  And the vocals are tolerable, kind of a hoarse throat to it.  Everything seems to fit into place with the songwriting.  I'm surprised that this album has no reviews as of now.  They're still active too the band is I'm not sure why no one has written about this. 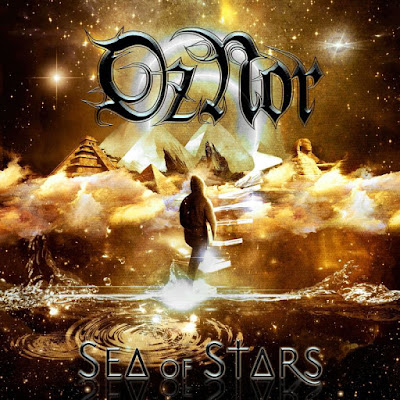 American Death Metal band THUD BUKIT released their debut album «W.T.A.F». The album was recorded at "Absolute Darkness Studios" by Ron Dorn and mixed and mastered by William Blackmon. The concept behind the album is “2020 sucks and we are bored..so let's try and do something fun”.

THUD BUKIT is a new joke-based Death/Thrash band in the vein of Dethklok, S.O.D, or Alestorm. The band features Ron Dorn (ex-impaled, current Absolute Darkness) doing almost all the music and lead vocals, and Matthew Legare writing the lyrics and doing backup vocals and ukulele solos. 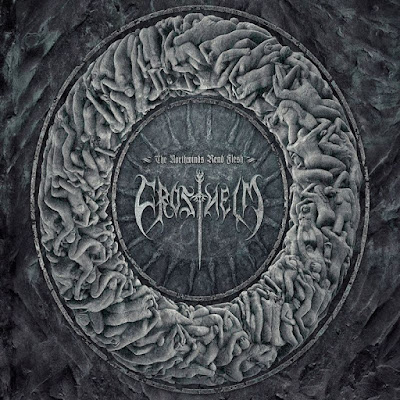 Aggressive, thrash laden and intense, for a little over 10 minutes!  I'm eager to hear their full-lengths.  They really do a good job of creating some interesting music.  I'm glad I found this in my collection because I hadn't listen to much of it (if at all).  The screaming is utterly apparent and screeching!  I liked all 4 tracks on here.  I think that this band has a lot to offer.  Their music being that they're black/thrash is in a unique category and original sounding utopia.  The music is fast and furious!  Totally intense the whole way through this EP.  I'm glad I was able to pull it out of the collection and write about it!

ARHAT, the groove metal band from Kyiv, Ukraine, will release the debut album, named Dead Life, on December 23! The album is marked by the band's aggressive sound and oriental melodies. An interesting feature is female vocals, which can be heard in the songs Mantra and Arhat. Another interesting ingredient is percussion, which emphasizes the oriental elements in the sound of the band (the songs Outcast and Arhat). The musical fundament is mix of groove, death and hardcore. 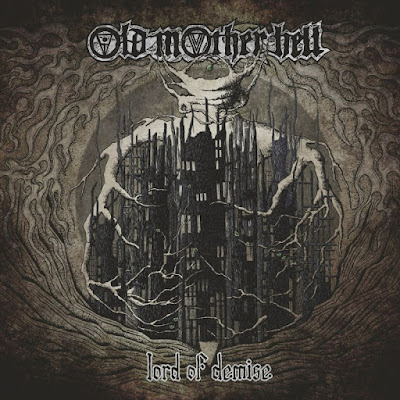 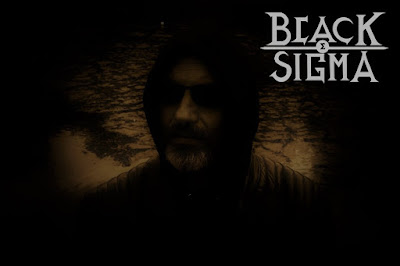 Belgian Atmospheric Dark Metal band BLACK SIGMA released their new single «Dying Sun» from their upcoming new album “LOST” that will be released in February 2021. The single was mixed and mastered by Swedish MO Metal Productions.

BLACK SIGMA was formed in 2020 as a one-man band by Jeroen Van Gorp as a result of a failed reunion of the 90’s Belgian Atmospheric Black Metal band, “AVATAR” 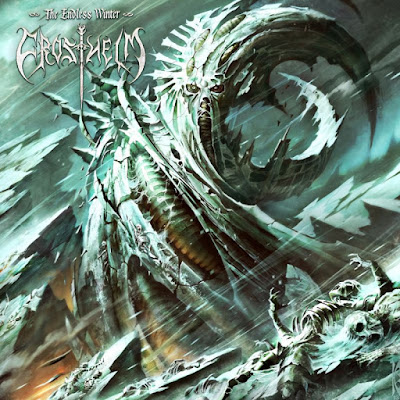 This album is more of a blackened metal album than anything else.  The guitars are pretty thrash-like and the riffs just dominate.  The whole way through the album it slays.  The vocals accompany the guitars rather well.  A shit-ton of screaming here.  I like it.  And the riffs are outstanding.  The leads are pretty technical as well.  There's some double bass beating a lot, too.  It seems to let up in tempos here and there, but nevertheless it's a pretty intense road they paved this one with.  I'd say that it's quite different than the EP (2012).  It's just a different feel to it even though it is pretty insane.  The vocals are a bit the same but the guitars more thrash-like. 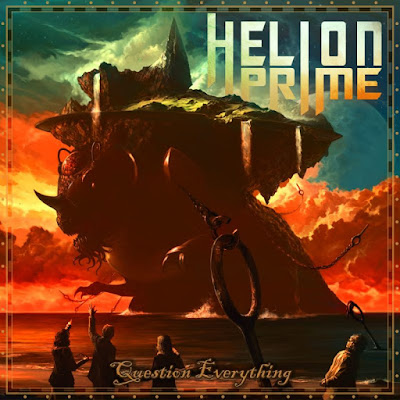 American Sludge/Post-Metal band SKELETON SCREEN released their new lyrics video for the song «Critical Decay» taken from the band debut EP «Conditions» that was released in August 2020. The release was recorded/mixed and mastered by Kyle Jones at "Sleeping Brotherhood Studios". Drums were recorded and performed by Adam Soucy.