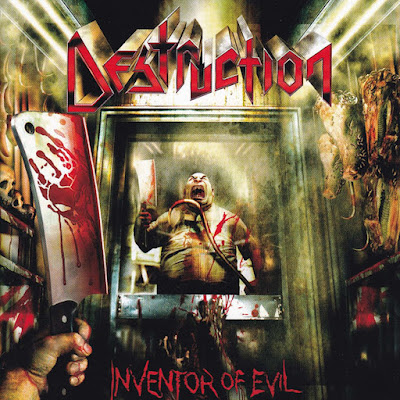 This a strong release by thrash metal veterans Destruction.  Solid, quality riffs are featured on this whole release.  It's amped up in intensity and the vocals have a sort of echo to them to make the atmosphere more surreal.  It actually suits the music quite well.  Not as strong of a release than The Antichrist, but it's still pretty darn good.  One thing they could've cut out are the leads (Mike's).  It's just too sloppy and he's never been good in that department so it's better that they have guest musicians filling that slot though now they're a 4-piece.  Mike did great with the songwriting and the main riffs to songs but always lagged on leads.  Harry was SUPERIOR. 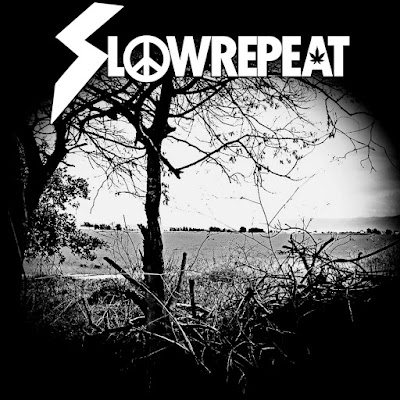 SLOWREPEAT  was founded in 2020 in Kiryat Bialik, Israel by Ben Salomon who plays, writes and produces all the music himself. The band will play their first concert on 14 May at "Z-City Club'' in Haifa, Israel with support of Israeli pioneers of Black/Death Metal "Arallu''. 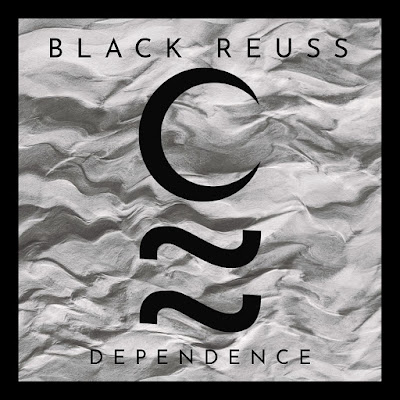 Lichtensteinian Melodic Gothic/Doom Metal band BLACK REUSS released their new single «Dependence» from the band's upcoming new album "JOURNEY" that will be released on May 6, 2022. The single was recorded at the band's home studio, and produced by Maurizio Dottore. Mixed by Roberto Macis at "Solid Twin Studio", and mastered by Giovanni Versari at "La Maestá Studio".

BLACK REUSS was formed in 2018 at Triesen, Liechtenstein by Maurizio Dottores as a one-man project. The name of the band originates from the river Reuss, a Swiss river that rises in the Gotthard massif in the middle of Switzerland, where  Maurizio    lived during the writing of the band debut album "Metamorphosis" which was released in 2021. 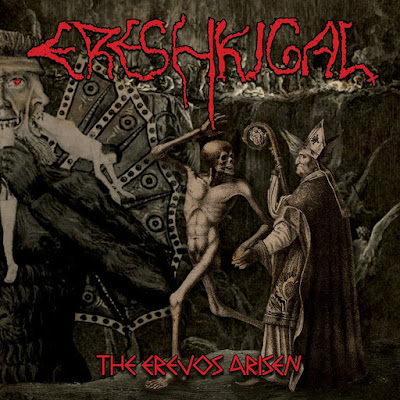 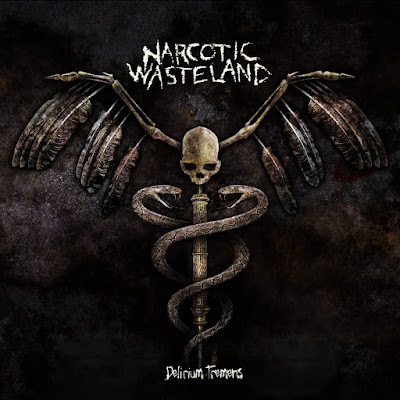 Pretty technical album here within the realm (sort of) bands such as Archspire, Dying Fetus, Exhumed, you get the picture.  This release doesn't seem to let up in intensity.  It's got the makes of Nile in here within another influence, but these guys amongst all have their own sound.  Don't get overwhelmed with the complexity, eventually it'll make sense into the aim/direction these guys are headed!  Way underground metal, but the riffs are well constructed and the solos in the tinge of anti-monotony (to say the least!)  Very gifted band!  They tear it up from all different aspects.  Just in one word: INTENSITY! 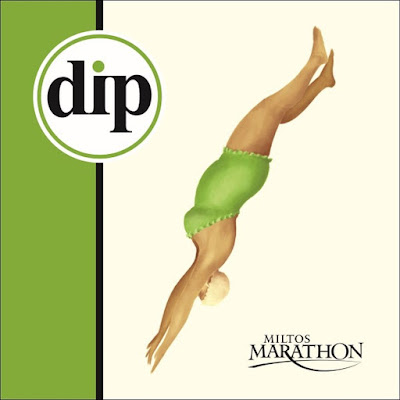 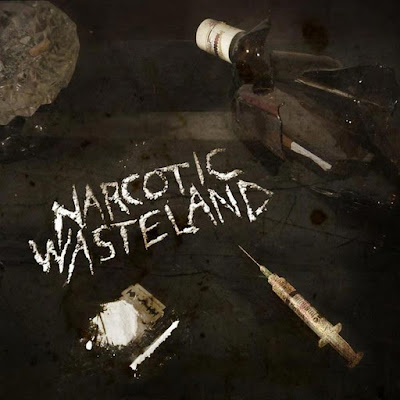 A lot of influences here, but Narcotic Wasteland has their "own" sort of sound to them.  Killer vocals, guitar riffs and drum frenzies.  I enjoyed this album IMMENSELY!  The kind of vibe it has just seems so welcoming to death metal listeners.  The music takes precedence over everything.  I think that they dug deep in their creative juices and let it spew onto here!  All the songs are good in under 40 minutes clocking in length.  I wanted it to go longer, but oh well.  I think the technicality, production quality and vocals just slayed.  Amazing debut album here.  I'm surprised people have not discovered this band!

BEHIND THE SUN – Obsidian Rogues 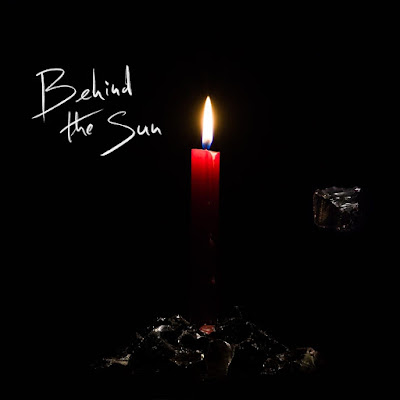 BEHIND THE SUN – Obsidian Rogues 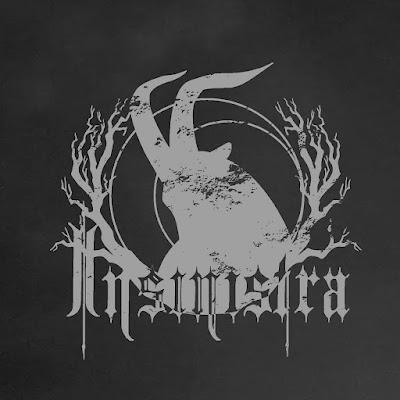 Czech Symphonic Metal band INSINISTRA released their new single «Gates of Oath». The release was mixed and mastered by Alexander Ponomarev, and it's the second single from the band's upcoming full-length album. This song, accusing tyranny and violence, is full of rage and protest.

INSINISTRA was formed in 2018 and these days based in Prague, Czech Republic. Founders and leaders of the band are a vocalist Maria Ponomareva which is responsible for songwriting and orchestrations and a drummer Alexander Ponomarev who writes powerful metal arrangements and adds some horror spice with his beast growl. The music of the team combines Western and Eastern musical traditions and besides the usual heavy riffs and symphonic arrangements you can hear unexpected instruments such as organ and bouzouki. Lyrics themes are philosophy, spirituality, mysticism, religion, society, politics and psychology. 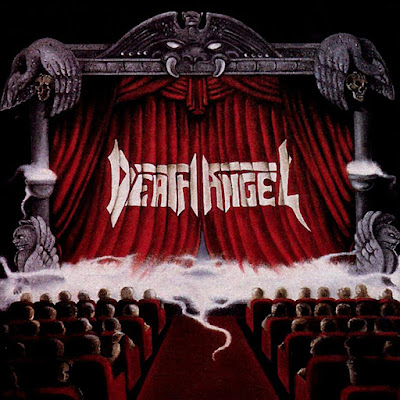 I thought this album was immaculate.  The riffs are what stole me!  And the vocals.  They have 2 ballads on here "Veil of Deception" and "A Room With A View", both amazing.  I'm surprised that this album didn't score higher amongst critics.  I thought it to be their best album to date!!  I've liked this band since High School in the 1990's.  This one didn't disappoint at all.  I was glued to it when it first came out.  That really hasn't changed but I'm drawn to more modern releases by them nowadays.  They put on a good show live as well!  But anyway, I didn't think this album failed at all.  Quite the contrary. 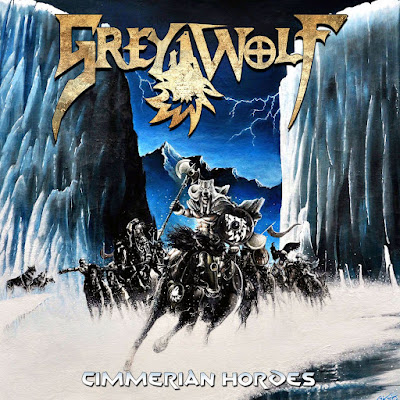 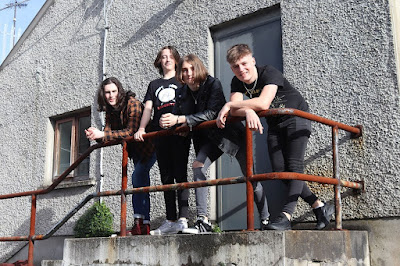 Irish Thrash Metal band EXPEDITION released their debut EP «A Good Day to Die». The release was recorded in Hedgehog Studios (Donegal, Ireland) and was mixed/ mastered by Nigel Hegarty.

EXPEDITION was formed in 2020 at Donegal, Ireland by Caoimhghin Boyle (vocals/guitars) and Ewan Kavanagh (drums). Soon Reuben Kavanagh (guitars) and Oisin O’Brien (bass) joined the band and the lineup was completed. The band started playing local gigs and soon released their debut single "Within The Shadows" which helped spread the word of Expedition, that Irish thrash metal was back.