Στίχοι που χαρακτηρίζουν το δίσκο:
«Many times this story has been told
A legendary tale, a fable, brave and bold

Now your blood begins to boil
Turn the crank of all the toil
Raise your fist and yell, born again
Live Life Loud » 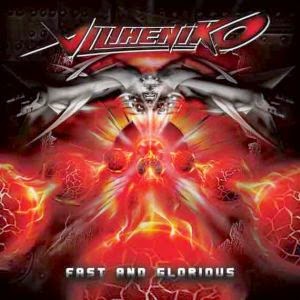 ALLTHENIKO – Fast and Glorious
Pure Steel Records
https://sites.google.com/site/alltheniko/
I have to admit that the previous release of ALLTHENIKO wasn’t much of my taste. The band didn’t change their style, but I think that they were lacking in inspiration and they were playing fast just for the sake of speed. I was, however, confident that they would do better and they did with their new album. “Fast and Glorious” is exactly what the album says. Speed metal with a good dose of heavy and U.S. power metal elements. The raw and rough sound of the band is present here, though it is a bit less dirty than their debut album. They continue to have as a reference the great band EXCITER, but they have also formed their own recognizable style. The songs also have a good balance between melody and heavy riffs and of course they throw in some blast beasts now and there. In general “Fast and Glorious” has all the elements that made me like ALLTHENIKO and of course it is one of the best releases of the band so far. They also have as a bonus a cover of the SAXON song “Power and the Glory” which is close to the original although the band gave it their own speed metal philosophy. I think that with this release ALLTHENIKO will keep their fans happy and also it is a good chance for some new ones to discover them. 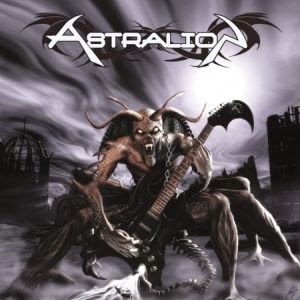 ASTRALION – Astralion
Limb Music
http://www.astralion.org/
In the mid and late 90’s power metal music was once again an uprising force and rightfully so because it was represented by such bands like STRATOVARIUS, RHAPSODY, HAMMERFALL and BLIND GUARDIAN which released back then albums which are still considered classics. The musicians behind ASTRALION have felt nostalgia about that era and the above mentioned bands and in 2011 they decided to create ASTRALION. With their debut album ASTRALION deliver us melodic European power metal in the good old traditional way where keyboards and guitars are well balanced and power metal was actually a metal sound (not like all these symphonic crap bands we listen to lately). “Astralion” might not be an original sounding album, but that doesn’t reduce its quality, not even a bit, since the guys behind the band wanted from the start to play traditional melodic power metal. The album really flows when you listen to it and it has compositions that will make you listen to them again and again. The biggest achievement, though, for ASTRALION is that they have managed to give a fresh air to the melodic European power metal sound. Also their passion and skills that give to the compositions more depth and variety is a big advantage. I think that people who like power metal will enjoy ASTRALION too. 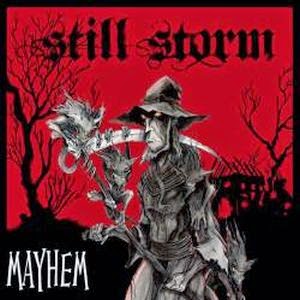 STILL STORM – Mayhem
Independent
http://stillstorm.bandcamp.com/
I think that there are some metal scenes in the world that bring out bands that have their own way to reinvent the traditional metal sound. France is a country that has such a scene and STILL STORM is such an example. “Mayhem” is an album that belongs to the thrash metal sound and also has elements from the traditional heavy and power metal genres. Personally speaking I have to say that the band has a quite original and personal sound that might be influenced by the bay area and European thrash scene, but I can’t say that they reminded me of something in specific. I think that can be explained because the guys have their own personal approach to heavy/thrash metal which is quite interesting. Also the songs that have been included here have variety and range from typical speed/thrash compositions to more mid tempo and dark ones like the song entitled “Pestis Atra”. Their sound is rough and raw and fits their sound because it makes it more aggressive; however I think that they have to improve a bit their sound production in their next release. “Mayhem” is a good release, though, you will need to listen to it a few times in order to fully comprehend it… 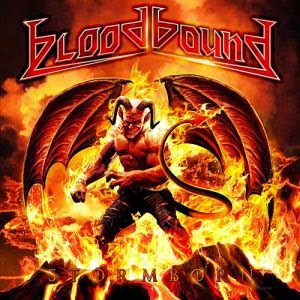 BLOODBOUND – Stormborn
AFM Records
http://www.bloodbound.se/
The Swedish heavy/power metallers BLOODBOUND have made quite a name throughout the years of their existence in the metal scene, because most of their releases have quality and they have managed to create songs that we often play to our stereos (for me the album “Book of the Dead” was and is a huge addiction). It is also known that through the years the band has also experimented with other sounds without though forgetting their musical style and roots. Their new release under the title “Stormborn” somehow brought to my mind Dr. Jekyll and Mr. Hyde who were two different personalities and yet both were the same person. This is the way that the new album sounds. It is divided between the good old heavy/power metal sound of the band of their first two releases and some pompous power metal songs that bring to mind such bands like SABATON and POWERWOLF without the band though losing its personal musical identity. I really liked what the band did here a lot and I think this is the element that makes BLOODBOUND keep going; the fact that they incorporate in their sound other influences without ever losing their identity and personality. This is a very good heavy/power metal release with songs that you will sing along to, play loud and listen to them again and again. I am not sure if this is the best work of the band as they claim, but surely it is one of the best so far.