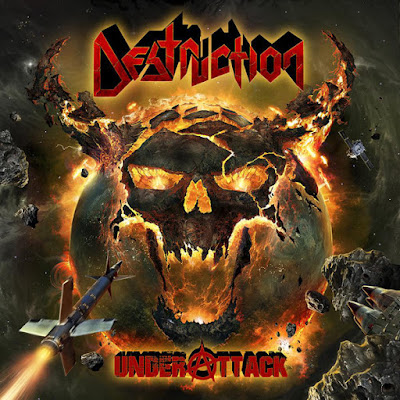 DESTRUCTION - Under Attack
Nuclear Blast Records
Homepage
I just thought that this CD was mediocre and it seems to me that DESTRUCTION hasn't come out with a high-quality release since "Release from Agony", that's my contention though. They have stayed to their thrash roots ever since they came in to the metal scene though which dates back to 1984 I believe. The early stuff like "Infernal Overkill", "Mad Butcher/Eternal Devastation" and what I stated "Release from Agony" were their best. It just seems like they're bankrupt of ideas even though it's still thrash metal. Their songs on here are simply humdrum. There are no guitar lines that I really like nothing on here hits home with me. Some is just that Mike's leads are annoying so they have to bring in guests.
Διαβάστε περισσότερα »
Αναρτήθηκε από Nick Parastatidis στις 7:37 π.μ. Δεν υπάρχουν σχόλια: 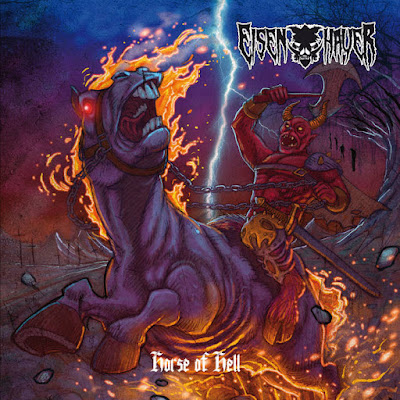 EISENHAUER – Horse of Hell EP
Independent
Bandcamp
One of the pleasures that I get from the metal scene is the discovery of new bands, especially if they move in the genres I like. I also have to say that I am a big fan of the German metal scene and EISENHAUER from Germany was a surprise for me, because I had never listened to them before.
Διαβάστε περισσότερα »
Αναρτήθηκε από Nick Parastatidis στις 8:38 π.μ. Δεν υπάρχουν σχόλια: 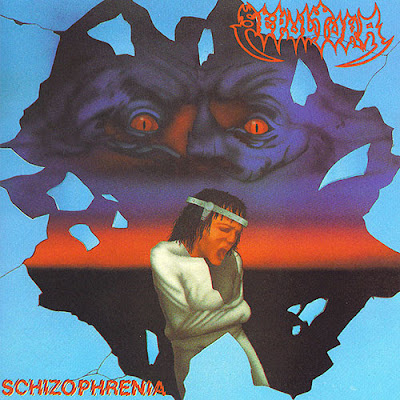 SEPULTURA – Schizophrenia
Cogmuelo Records
Homepage
This is probably the most thrash oriented release the band has ever released, and brutal too. The guitars reflect their ingenuity in songwriting structure. A lot of tremolo picking kind of like “Beneath the Remains” and “Arise” before the total and utter fall of the band. This one is about as heavy as its follow-up, though not as catchy. “Beneath the Remains” remains to be my favorite from the band but this one is not far behind. It’s an ingenious release. I like the lyrics as well.
Διαβάστε περισσότερα »
Αναρτήθηκε από Nick Parastatidis στις 7:01 π.μ. Δεν υπάρχουν σχόλια: 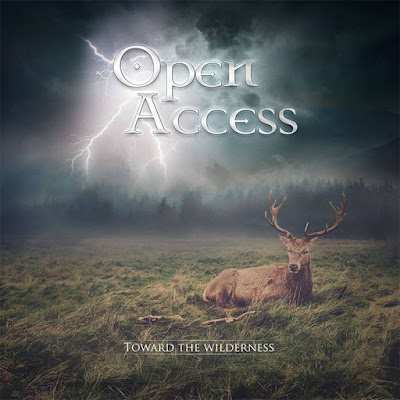 OPEN ACCESS - Toward the Wilderness
Independent
Bandcamp
Heavy metal music has a lot of genres and from time to time some of them draw more attention from the listeners. This usually happens because some new bands and good works pop out. Folk metal, after the rise of bands like KORPIKLAANI, ALESTORM, TURISAS and so many more has earned the attention of the metal fans. Also this success led to a debate with some, who are against, claim that the new folk metal has become more pop oriented with some catchy melodies and choruses that you might like the moment you listen to them, but you easily forget. I personally like some of the above mentioned bands, but truth be told I have learned the folk metal sound through SKYCLAD, so I tend to recognize some of the suggestions of the opposite side as right. Personally I prefer my folk metal to have variety and not to be just for party and beer drinking.
Διαβάστε περισσότερα »
Αναρτήθηκε από Nick Parastatidis στις 7:35 π.μ. Δεν υπάρχουν σχόλια: 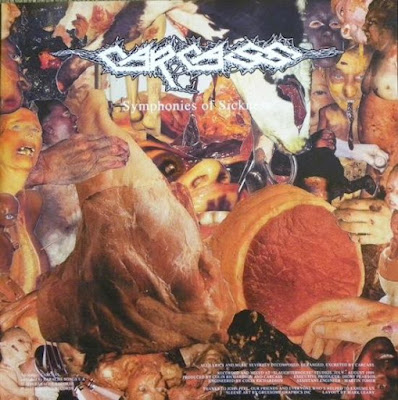 CARCASS – Symphonies of Sickness
Earache Records
Facebook Page
This is raw, uncompromising death/grind but more on the death metal side I’d say. One word describes this release: HEAVY. There are slow points i.e. tempos but overall it has many different elements to it. And a dark production quality. It’s really fitting for the music wholeheartedly. They covered every aspect of death/grind here. It’s just a way solid album to tell you the truth. Both Walker and Steer fluctuating on the vocal department. This album is way underground.
Διαβάστε περισσότερα »
Αναρτήθηκε από Nick Parastatidis στις 7:04 π.μ. Δεν υπάρχουν σχόλια: 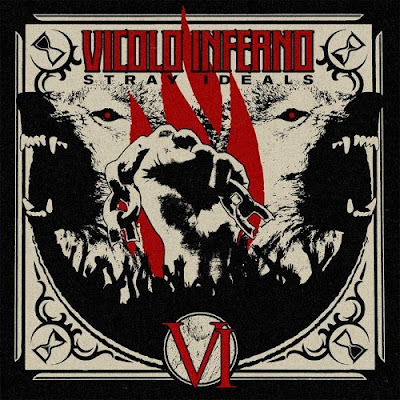 VICOLO INFERNO – Stray Ideals
Logic Il Logic records
Facebook Page
Do you like spaghetti western? I think most of us do. We all know they were films made in Italy, but they seemed more American than the original American movies and because of that most of us love them. I really do appreciate this talent that the Italians had to get foreign influence and adapt it in their own culture.
Διαβάστε περισσότερα »
Αναρτήθηκε από Nick Parastatidis στις 6:45 π.μ. Δεν υπάρχουν σχόλια: