AFTER DUSK - The Character of Physical Law Review 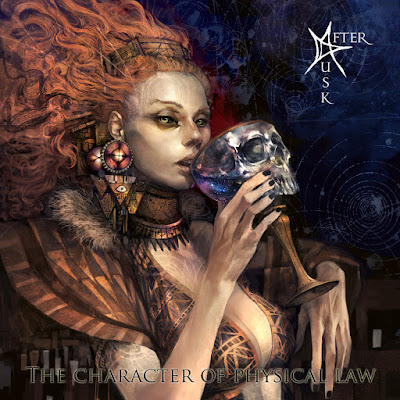 AFTER DUSK - The Character of Physical Law
Value For Money Records
Homepage
There was a whiskey commercial on TV some years ago which showed people making whiskey taking their time to do so, not because they were lazy, but because time usually gives a better result. I think that this philosophy applies also to AFTER DUSK. It might take time - actually it took them 5 years- but you know the result will be something that is worth mentioning. So let me give you a description of their new release.


If you have read my previous review about the band, then you are already prepared and you know that AFTER DUSK is not your typical heavy metal band. They somehow manage to reinvent the traditional sound or if this is too much for you, then let me tell you that they really sound fresh and original.

Their music is an amalgam of traditional heavy metal with thrash metal elements and 70’s hard rock touches. If you can, please imagine a joint of BLACK SABBATH (with Ozzy as their singer), BLACK LABEL SOCIETY, METALLICA, URIAH HEEP and DEEP PURPLE (especially on the keyboards that proudly carry on the legacy of John Lord and Ken Hensley). So this is what you will get here, catchy melodies, a rhythm section that breaks bones and musical changes that will catch you by surprise. All these things are crafted in such a natural way that the songs never lose their consistency and most importantly they sound as traditional heavy metal as they should.

I think that with their new album AFTER DUSK release their most mature work so far, because they have managed to balance their passion and knowledge and also succeeded in giving equal space to all their influences. They have stayed faithful to their sound, but they have also managed to evolve it with this release. Surely, “The Character of Physical Law” is an album you will enjoy to listen from the first spin, but you will enjoy it even more and discover even more details every time you will play it. I think that AFTER DUSK are one of the most original traditional heavy metal bands that I have listened to lately.