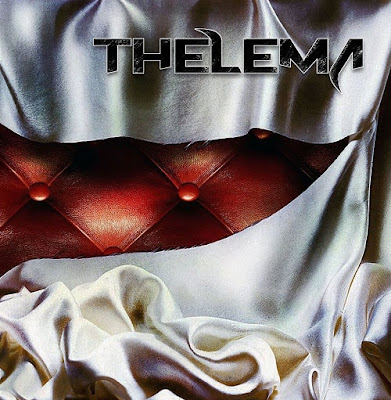 Now this is a mystery band. I have searched the Internet to find information about them and the only thing I found is the above posted link that is actually an advertising for this album which tells you when it will be released and how you can purchase it in the Italian language.


Anyway, from the few things that I managed to find, I can tell you that this is the debut album of the band THELEMA that has the same title. The band consists of two musicians who are the guitarist Simone Canepa and the female singer Beatrice. The band describes its sound as progressive metal, but personally speaking I think that the alternative rock elements are dominating. Actually they reminded me more of bands like THE CRANBERRIES or the latest THE GATHERING. Maybe this has to do with the voice of Beatrice.

I am not a fan and I don’t have much knowledge of this kind of music, but in their debut album THELEMA show that they have good ideas for the kind of music they play and if there is something to improve then for sure this is the sound production (which is not bad, but still can get better) and a bit their vocals. So, if you are into progressive and alternative rock music, then give these guys a try…