PAOLO BALTARO – The Day after the Night before Review 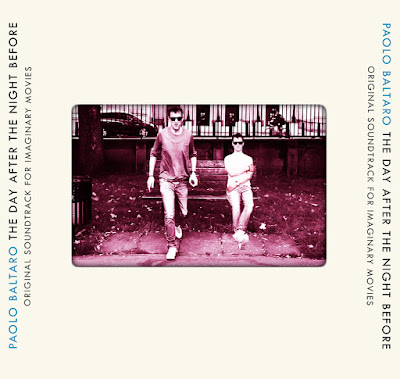 PAOLO BALTARO – The Day after the Night before
Banksville Records Company
Homepage
I am not used to receiving a vinyl as a promo. Most of the labels have us used to digital promos. So this is something that I will remember and of course something that impressed me. However, this doesn’t mean that someone can “bribe” me with such a move (but you can try if you want to hehehe). So let me get to the point… this is a release of Paolo Baltaro from Italy who I have never known before this release, although he has achieved some great accomplishments in his career as the award of best progressive of the year2010 by the Prog Award Webzine. But besides that he is a musician that can play all the instruments, someone with a restless spirit that can feel satisfaction in a specific genre. So, if you do a research in his career you will find out that he has played from experimental nu-jazz to punk rock and in 2016 he even released a book that soon will be translated in the English language. If you are not impressed, personally I am.


Why am I telling you all these you might ask. I think that all these will give you hints of what you will listen to on this album. Actually as Paolo states he wrote the soundtracks of imaginary movies except for the song “Do it Again” which is the music score for the short movie “La Tempete”. Now this is what I call a really great idea and shows how the artist treats his music. Actually he wants through his songs to create stories that will capture the interest of the listener and make him/her participate by using his/her imagination. He manages all his songs to have a narrative by incorporating and fusing many different styles in such a natural way. So, don’t be surprised or actually be surprised by the ability of Paolo to combine rock and pop music elements with jazz and blues. He even uses the barking of a dog in a song. All these might sound to you difficult for a listener without musical knowledge to comprehend, but believe me the compositions here are quite catchy and melodic.

It is very hard to describe this album, but if I had to then I would say it belongs to the progressive rock/jazz fusion genre mixed with some blues elements too. The most important thing, though, is that Paolo achieves to create intricate music and yet to sound so straight forward.

“The Day after the Night before” is a periphrastic definition of Today and it shows the way of thinking and creating music Paolo has which is original, intriguing, innovative and asks from the listener to sharpen his/her brain. It might not be something that I am used to since heavy metal music is my genre, but this is a great album and people who are into progressive rock have to check it out.