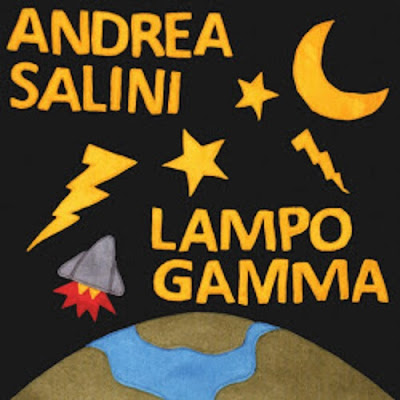 ANDREA SALINI – Lampo Gamma
ticketbus
Homepage
I think most of us in our family had an elder brother/sister or cousin that introduced us to the music of rock or metal. Same is the story of the Italian guitarist Andrea Salini who, through his elder brother, discovered his love for the electric guitar and rock music. Actually this love for those things gave him the motivation to realize his dream and become a professional guitar player and composer.


It is necessary to know, in order to understand the musical identity of Andrea that he was born in the late 70’s, an era that rock music was strong and many masterpieces were released back then and he grew in the 80’s listening to bands like DIRE STRAITS and BRUCE SPRINGSTEEN. All these influences and experiences have helped him to develop his musical identity which is obvious in this album. So, in a few lines I can tell you that the compositions that are included in “Lampo Gamma” is a mixture of 70’s and 80’s rock influences without though losing their contemporary feeling. The guitar playing is very skillful, but Andrea emphasizes on melodies and uses his technical abilities in order to give to the songs more depth and variety without tiring the listener with pointless show offs of his skills.

As for the lyrical part of the compositions, I think that they have the themes that one can expect from a classic rock release. They have to do with hope, dreams and of course personal experiences.

In an era that everyone tries to sound innovative or copy the past, Andrea Salini with this release proves that you can still play some fine classic rock tunes and sound fresh or even original. The album has 6 compositions from which one is a very interesting and yet close to the original cover of the song “Bad Moon Rising”.